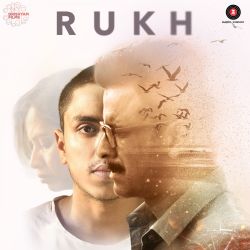 Rukh is a Bollywood drama / domestic thriller, starring Adarsh Gourav, Manoj Bajpayee, Smita Tambe and Kumud Mishra in prominent roles. The film is directed by Atanu Mukherjee and produced by Manish Mundra. The film is a mystery drama, revolving around a son who is trying to cope with the death of his father, only to discover hidden secrets which lead to him investigating the actual cause of his father’s death. The music is given by Amit Trivedi who is fresh from the success of his album to Aamir Khan’s ‘Secret Superstar’, and it marks his return to scoring for non-mainstream cinema. Now, Zee has not yet released anything by way of a full album for this movie, but I cannot stall my future reviews due to lack of time, so I will post this and update it when (and if) some ‘album’ comes. The album, now of two tracks, is quite short, so let’s dive right in.

A very Amit Trivedi-like sound starts off the album, with a lilting, beautiful and soulful number called Khidki, sung by Mohan Kannan in his characteristic grainy textured voice. Trivedi’s composition resembles so many of his songs from movies like ‘Udaan’, and this is the trademark Trivedi sound, something that was evidently absent from his other albums this year, ‘Qaidi Band’ and ‘Secret Superstar’. Also, the method of Trivedi himself repeating the hookline after every time Mohan sings it, is the signature Trivedi style. The flute (Naveen Kumar) has to be pointed out, because it is just so marvellous and mellifluous. Beautiful lyrics by Sidhant Mago also stand out here.
Hai Baaki is more along the melancholic lines that the movie is structured upon, and composed in a very matured way, though keeping the Trivedi flavour intact. Again, what stands out most are Mago’s magical lyrics, enough to make you feel emotional. Arijit’s mellow singing is perfect here. The first part of the song, as unplugged as it seems, gives way to a clarinet oriented interlude which in turn veers into a guitar-led antara. But the true magic is towards the end when Trivedi also adds a nice digital touch to the music which makes the song soar very high.

Just like ‘Kai Po Che’ (2013), Trivedi delivers a short album that is nothing short of perfect, and also his best this year.

Recommended Listening Order: Listen to both! 🙂

Which is your favourite song from Rukh? Please vote for it below! Thanks! 🙂